The Festivals of Nepal, Everyone says about Nepal is the beautiful garden of all kinds of flowers and open museum. We have many cases, cultures, and religions. So, Nepal is rich in cultural diversity. People live in the Himalayas, Hilly, and the Terai regions from east to west. They celebrate many different festivals. Festivals in Nepal begin with religion and move with blessing spirit into a pleasant family. Nepalese religion has been influenced and has always been the core of Nepali culture. Some of the major festivals of Nepal are Dashain, Tihar, Maghe Sankranti, Lhosar, Maha Shivaratri, Fagu Poornima (Holi), Buddha Jayanti, and Teej.

Some popular festivals of Nepal

Dashain Festival is known as the most important festival among the Hindu people in Nepal. It is celebrated in the months of October and November. During this festival, they worship Durga and take Tika as a holy Prasad. During the Dashain festival, all the relatives get together and take the blessing from senior citizens. It is also known as a festival of joyful moments with lots of happiness. In this festival, children have more craze to buy new clothes, visit the relative’s houses, kite flying, and village swings are the highlights of Dashain.

Tihar Festival is the second main festival of Nepal. It is held in the month of November. It is the festival of lights, colorful decorations, fancy sweets, and juicy fruits. Tihar is the festival of 5 days, whereas the first and second day is the day of bird crow and dog puja, third and fourth day is Goddess Laxmi and Govardhan puja. And the fifth day is known as Bhai-tika, where we exchange the tika between brothers and sisters. So, it is also known as Bhai Tika in Nepal. On the day of Bhai Tika sisters and brothers get together and accept tika from each other. This day is called brother’s day. Brother and sister honor each other on this day, and every sister is praying for a long and prosperous life for her brothers to the god and goddess.

Maghe Sankranti Festival is the festival in which in the month of Magh (January and February) the sun enters the southern hemisphere, and the days begin to grow longer and warmer. Lord Vishnu God is thanked for his efforts. Hindus take an early morning bath in the Holy River wherever they are, visit the temple of god Vishnu, and present flowers, incense, and food to him. They read the Bhagavad-Gita, which is also known as the song of the Gods.

Lhosar Festival Nepal is a small country but there are a lot of different communities of people who are used to living together. In fact, they are celebrating their own festival in their own costumes. Similarly, the festival of Tamang, Magar, Gurung, and other Himalayan communities of Nepal. It is celebrated in the months of December, February, and March. There are three types of Lhosar festival Tamu Lhosar, Soman Lhosar and Galpo Lhosar. As part of the festivities, the Buddhist community’s people hold prayer meetings at monasteries and stupas, which are specially decorated for the Lhosar events. People decorated homes with beautiful colors, relatives and friends exchanged greetings from each other. Lhosar is a festival of occasion for people to come together for singing and dancing, dressing up for many days. Cultural performances are also held during the Lhosar festival. However, the Tamu Lhosar celebrate Gurung peoples in the Annapurna region and Sonam Lhosar Tamang people In the Langtang region of Nepal.

Maha Shivaratri Festival is one of the most important festivals of the Hindu religion, which is held in the month of March. Maha Shivaratri is the great birth-Day of Shiva. On the day, early in the morning, Shiva temples are flocked by devotees. Shiva devotees observe fast throughout the day and night. On this day, they perform various rituals by doing Rudra Abhishek and milk over the Shiva statue.

Fagu Poornima (Holi) Festival The festival of the colorful moment. It is celebrated in the month of March. It celebrates the death of the devil Holika. The reincarnation of Kali Kill the Devil HOLIKA and people are happy with it. During the festival especially, the children share a handful of colored powder with each other and make it a pleasure. In the Terai region, they celebrate it the next day when the people of Kathmandu valley celebrate it. During the day children are more excited to play with their family, friends, and senior citizens as well.

Buddha Jayanti Festival is a special occasion for both Hindus and Buddhists. They celebrate the date of the Birth of Siddhartha Gautama Buddha. His birthplace is in Lumbini, Kapilvasthu district of Nepal. Which is in the Terai region of Nepal. All the Buddhists, as well as pilgrims from abroad, honor the Buddha who was born on this day, most particularly at the great stupas. Activity at the main Buddhist stupas are shrines beginning at Swayambhunath, Lumbini, Namobuddha, and Boudhanath are some famous sites to worship during the day of Buddha Jayanti in Nepal.

Teej Festival is the Hindu festival of Nepalese womanhood. It is held in the month of August/September. Dancing, singing folk songs, and every woman is wearing a red color which dominates the day of the TEEJ festival in Nepal. The day recalls the heavenly occasion when Parvati, daughter of the Himalaya, won the hand of Lord Shiva after long meditation and fasting. On the first day of Teej, her mother sends her gift, food, and sarees to their daughter’s houses, and groups of women gather together to feast. Similarly, Every woman worships with Shiva (goad) to make happy and productive long life for her husband.

Similarly, these are the common festivals of Nepal that are celebrated in Nepalese society. During the festival time, all the Nepalese people share their beautiful moments with their entire family members and relatives with lots of fun and happiness. However, Some of the Buddhist People of Nepal are celebrating the TIJI festival in the Upper Mustang of the Annapurna conservation area. The Tiji festival is very popular during the Spring season. People can travel to the upper Mustang by jeep while there is a Tiji festival.

Sherpa people’s most significant festival in the Everest region is the Mani Rimdu festival, which falls for the nine days. The etymological meaning of Mani is a chanting part of Chenrezig and Rimdu signifies the red medication, which are blessed. The festival is celebrated during the 10th lunar month of the Tibetan calendar, which is held during October to November in English date. October and November are the most best trekking season in the Everest region, so thousands of trekkers from different countries visit in this place. People celebrate and meditates during the Mani Rimdu festival.

Similarly, The Mani Rimdu festival is celebrated in the Tengbuche Monastery of the Everest region, which is the main trail of the Everest Base Camp Trekking or it is the final destination of the Everest Panorama Trekking. The Buddhist monks and the Sherpa people make a sand mandala diagram, which is brought from a special hill. After the Mandala is colored in four days, another 10 days are for the special celebrations. People dance and enjoy the celebration and the monks perform some shows in order to avoid evil forces of the world. The festival ends with a special blessing ceremony by the Tengboche Rinpoche and monks perform masked dances. The ending of the festival demonstrates the defeat of evil forces and the peace and prosperity prevails. 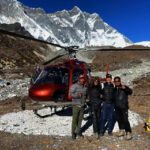 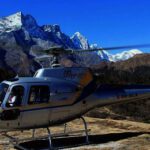 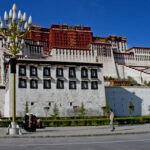 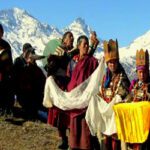