Highlights of Nepal paragliding and Ultralight

Overview Of Nepal Paragliding and Ultralight

Nepal paragliding and Ultra-Light lies towards the western side of Kathmandu Valley lays a beautiful city named Pokhara, (900 M) it is combined with local sightseeing of Kathmandu, Pokhara and Chitwan tour. This gives an astonishing view of various mountain peaks and sports like Paragliding as well as ultra-light flight. Pokhara is the ultimate destination for all kinds of tourists over the world and another hand it is a foothill of Mount Annapurna and Mount Dhaulagiri. The trip to Paragliding point just 200 km (120 miles) away from Kathmandu city and a 7 km drive from Pokhara city called SARANGKOT.  Sarangkot is a small village being famous for paragliding and a panoramic view of the sunrise in the early morning. Contact us for more details information, cost, itinerary by email, or WhatsApp at +977 9851033819 now.

Paragliding and Ultra-light is the competitive and disporting adventure sport in the circle of the Himalayas, however experiencing the freedom in life and fly like a bird in the sky, among several games and sports available here in Nepal including Paragliding and Ultra-light. Paragliding and Ultra-light tour in Pokhara is highly recommended exploits sports in Nepal. Similarly, Paragliding is the youngest sporting event that comes in 2007 A.D, in Sarangkot of Pokhara. Experience of Paraglide gives us the sense of free at the same time, magnificent views on circular surrounding the Annapurna mountains range, lush forest, blue sky and majestic view of Lake from the sky leads to turns you up hidden enjoyment In front of you. We will provide you trip video and some pictures of the trip. If you have your own device please bring it with you.

Sarangkot is a paragliding starting point. It is 1990 meters high from sea level. But it is a 20 minutes drive from Pokhara City. You can see Holy Mountain Fishtail, Annapurna I, II, III, IV, and Manaslu Himalayan range while you are flying over. Of course, Temples, Lakes, and the entire villages can be seen during paragliding trips. Eventually, the paragliding trip has been safe land always. Do not confuse about the takeoff and landing by the Lake.

Duration of Nepal Paragliding and ultra-light

cloud Buster, here we take off from Sarangkot and we will fly over, above the valley sustaining the jaw-dropping view of ridges of trees, naturally of the village. Staring of people above the sky on you, as you are flying like the bird gives the astonishing views. Our gliding journey ends after gliding beside the Lake. We can arrange it according to your time frame.

We can perform ultra-Light from Pokhara. Ultralight is also another way to explore the Himalayas views from the Pokhara Airport via light aircraft with the help of the pilot. Pokhara is basically called the home of mountains and various mountains scenic beauty can be explored from here due to which Pokhara is chosen for the ultralight flight.

The weather forecasting of Pokhara is reliable during the spring and autumn. Though, to experience more enticing views from Ultra-Light and Paragliding, the best season for Paragliding in Nepal starts in March to May, September and gets ends in early June. It is recommended to wear little warmer clothes during paragliding because as we go higher the altitude gets colder.

Food and Accommodation of Nepal paragliding and Ultra-alight

Various choices of foods like American, Halal, Jain,  Chinese, Italian are available besides the local foods are also best to crave a more savory and extra cuisine to taste during your tour to Nepal.

As Pokhara is a tourist city, you can find the highly accommodated hotel and lodges for your better convenience as well the nightlife of Pokhara city gives you full entertainment.

Note: If you have still enough time, you may visit 2 nights of Chitwan jungle safari or 1 hour Annapurna Base Camp By Helicopter. from Pokhara.

It is necessary to have warm clothes with you while you are doing such an adventure trip.

Day 01: Airport picks up and drops off by car/van/bus.

Our Agent will receive you from the exit gate of Kathmandu International Airport and shift you to the hotel. You will be specified regarding the programs on the following days at your hotel overnight at the Hotel.

Early in the morning after having breakfast in the hotel, enjoy your sightseeing trip around the Kathmandu valley. There will be included three sites (A) Pashupatinath (Hindu temple) all of the people worship Lord Shiva, (B) Bouddhanath Stupa which is known as the highest stupa in Nepal,

(C) Swoyambhunath (famous as well as Monkey Temple) where you can see the oldest monasteries. We will drive to Nagarkot after exploring such UNESCO listed Heritage site, it is 35 KM east from Kathmandu, We can have a great chance to see the sunset in the evening in Nagarkot Overnight at the Hotel.

Day 03: Sunrise view, see around and drive to Pokhara.

Early in the morning, you will see the magnificent sunrise view and the entire highest peak will shine as golden when the sun rays hit over the Himalayas. After having breakfast, prepare the luggage, later on, we are ready to go to the direct route of Prithvi highway by van to Pokhara. While traveling to Prithvi Highway you will get a chance to see green hills, Rivers and beautiful sceneries of landscape, terraces and local houses. You can explore at Phewa Lake while you have time in the evening in Pokhara, Overnight at the Hotel.

Have Breakfast at the hotel and a car pick up from your Hotel to Sarangkot at 9:00 AM you can choose packages which one do you rather like?

You can see the Mt. Annapurna and Dhaulagiri peaks as well. After the paragliding or Ultralight over the valley, there are too many different places for visits such as David’s falls, Bindabaseni Temple, International Mountaineering Museum, Especially, do not miss the Boat riding on Phewa Lake as well. After touring, you will be free and have Dinner and overnight at the Hotel.

Day 05: Early morning sunrise view and drive back to Kathmandu.

Have a warm breakfast at the hotel, and ready to drive back to Kathmandu through the same route of Prithvi Highway. It’s a Journey between 4/5 hours by van from Pokhara to Kathmandu. After reaching Kathmandu the rest of the time is yours, you can take a rest either you can visit somewhere as you want. Stay at night at Hotel.

Note: If you would like to go to Annapurna Base Camp by Helicopter, it is also possible. It takes 1 hour only. But Chitwan national will takes 2 more nights. Please inform us earlier to book it.

After breakfast, you can visit Kathmandu Durbar Square, which is nearby the Thamel. Later on, while coming back to the Hotel you can do Shopping around the local market, there are too many different things to buy but you may choose on your own, Overnight at Hotel.

Our agent drops off you to the International Airport by a van on your departure. Thank you for choosing Boundless Adventure. We are very glad to serve you. We hope you like our terms and services.

Have a safe journey ahead. 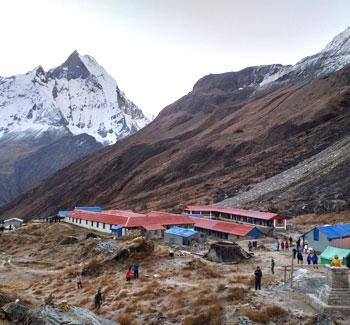 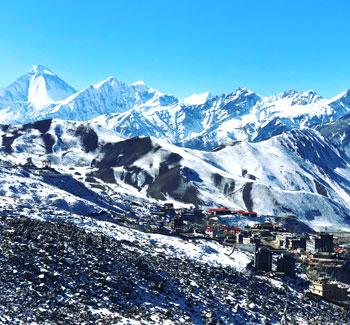 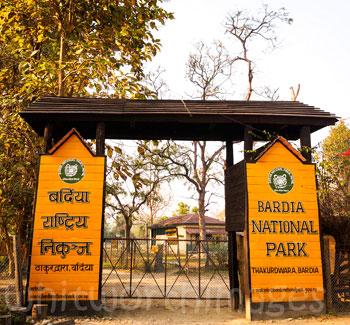 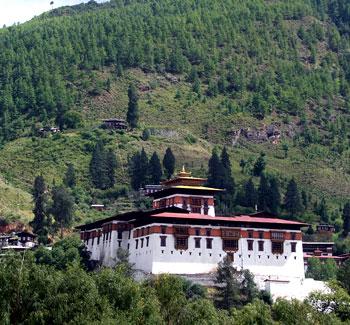 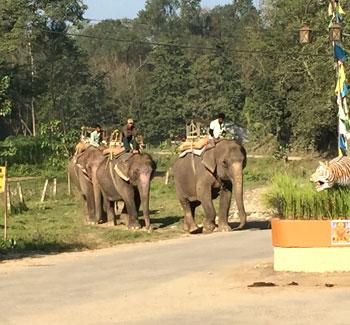 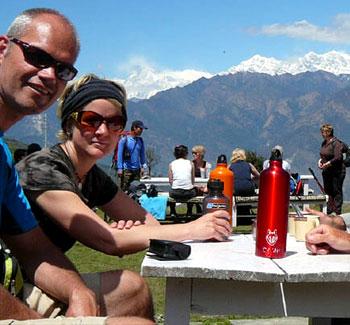 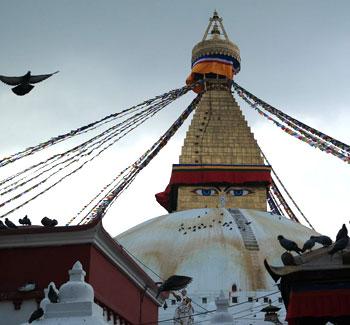 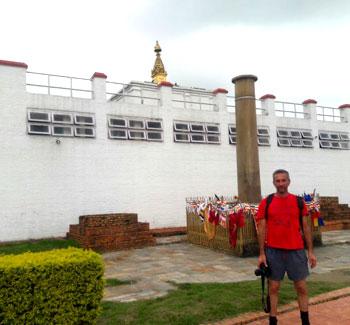 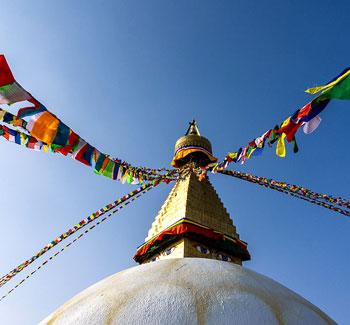 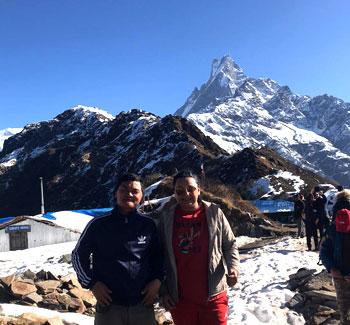 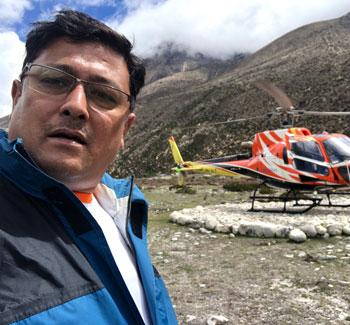