Namo Buddha Tour is another most impressive and historically Buddhist pilgrimage site located 40 km southeast of Kathmandu valley in the Kavre district. It was the highlight for the main stupa at the hilltop is the world heritage monuments of UNESCO from where visitors can enjoy the great views of mountains and green fields. Namo Buddha means “Greetings to the Lord Buddha”. Buddhist mythology contains an interesting story related to this place depicted as a great symbol of human sacrifice at its highest level. Contact us for your Namo Buddha Tour budget, Namo Buddha Tour price, details itinerary of Namo Buddha Tour, information by email or Whatsapp now at +977 9851033819 for 2021, 2022. From March to June and September to December are the best touring seasons in Namo Buddha.

According to Buddhist sutras, Lord Buddha in his previous life was born as Prince Mahasattva, the youngest son of King Maharatha. One day he and his two elder brothers were passing through the forest while hunting. They found a tigress with her cubs. She and her cubs could hardly move as they were weak from starvation. He was scrutinized by their pitiable situation. So, before he could reach his destination far away from the forest, the kind Prince Mahasattva went back to the tigris and offered them his flesh and blood to save them. Later, his two brothers returned back to the same place, but they saw only his bones and hairs. In his honor, the King and Queen buried a small casket covered with seven kinds of jewels in which they laid his bones and built a stupa over the place which became very popular among the Buddhist and Hindu Pilgrims. The whole area is covered with sacred flags on the top of a small hill. However, the Namo Buddha tour is a beautiful, quiet and pure place. The environment is clean with fresh, cool and healthy natural air, which makes it the right place for meditation and practice. You can see the beautiful sunrise and sunset view from the hill. You can also visit the famous Thrangu Tashi Yangtse Monastery where more than 250 monks reside today. In spite of being close to the capital, this area still has typical Nepali rural and lifestyle.

The Namo Buddha tour starts at four with a jeep or bus which takes you through the valley, The roads running through rice fields and remote villages. It is off the beaten track. You can also trek from Banepa passing through Panauti and Sankhu to Namo Buddha. While returning you can also visit the imposing statue of Shiva (43.5m high), considered the world’s biggest Shiva statue. Feel free to contact us for more details.

Day 01: Airport picks up and drops off to the hotel

Pick up from Kathmandu Airport and drop at the hotel full briefing about the trip. Overnight at Hotel.

Day 03: Drive to Namobuddha and stay at Dhulikhel.

Having a warm breakfast at the hotel, a guide and car will be at the Hotel before then departure. You may start your tour at 9:00 Am and continue to drive to Namo Buddha. it is a historical place about Buddha had been feeding his body to the hunger cub. Similarly, you may explore at the biggest monastery, have lunch at Namo Buddha and drive to Dhuliklen overnight at the Hotel.

Day 04: Drive back to Kathmandu.

Dhulikhel is 1550 meters high from sea level. You can see the sunrise with breakfast. it is a very beautiful place, to see the Manaslu, Ganesh Himal, Langtang, and Sisha Pangma Himalayas range without a hard walk. You can explore the local village around Dhulikhel. After exploration, you will drive to Kathmandu Via Bhaktpur Durbar square. You can have a great chance to explore the Bhaktpure at the same time. Overnight in Kathmandu.

Have Breakfast at the Hotel in Kathmandu and our representative drop off you at the international airport.

Trip Note: We have more attractive tour packages if you can manage your time, They are exciting areas, Everest Base Camp by Helicopter, Pokhara tour, Lumbini Tour, Upper Mustang by Helicopter, and National Park tours. 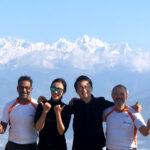 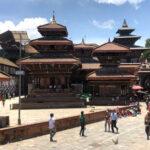 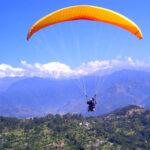 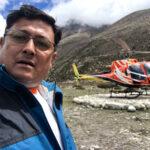 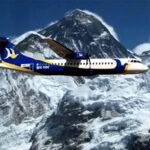 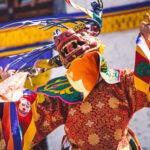 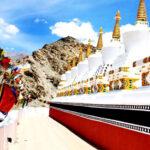 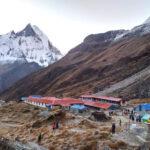 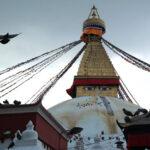 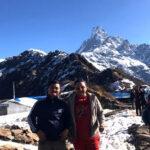